This blog post provides relative rankings of states in four coronavirus disease (COVID-19) performance categories.  This update is published now because there was significant spread throughout the country that began in October, but is now subsiding.  It is also issued at this time because vaccines have now been distributed for more than a month and some measures of performance are now available to assess state vaccine implementation.

The United States exceeded 25 million confirmed COVID-19 cases and over 430,000 related deaths this week.  A dramatic increase in cases and deaths began in October.  The event is subsiding as new cases and 7 day averages decrease across the country.  Daily deaths that typically lag cases by about two weeks have also begun to decline. 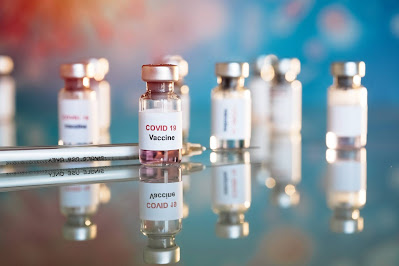 Second doses of the Pfizer-BioNTech COVID-19 vaccine  and the Moderna vaccine are administered 28 and 21 days respectively after the first dose.  Second doses are an increasing portion of doses administered from state vaccine allotments.

Like so much of the pandemic response, specific vaccination priorities within states fall under the authority of governors aided by federal funding and FDA recommendations.

The result of this analysis provided the following state rankings from worst ( Rank 51) to best ( Rank 1). The color coding indicates better (green) to worse (red) groupings of about twenty percent of states in each group. 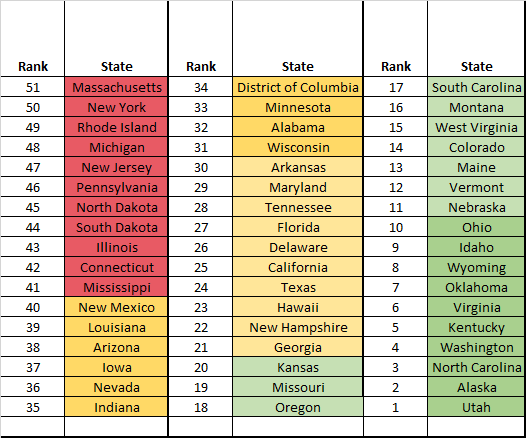 Three components of public health are measured to make up 70 percent or 125 of 175 possible points of the state rank.  Public health has three components: Deaths were weighted greatest at 90 points; percentage of those testing positive that died (an indicator of overall state public health performance) was weighted 10 points; and percent of the population that has received at least one dose of the vaccine was weigthed at 25 points.  Economic performance based on the percent change in jobs over the past year was weighted at 50 points.

The overall state rankings above are derived from the four categories in the next table listed in state alphabetical order: 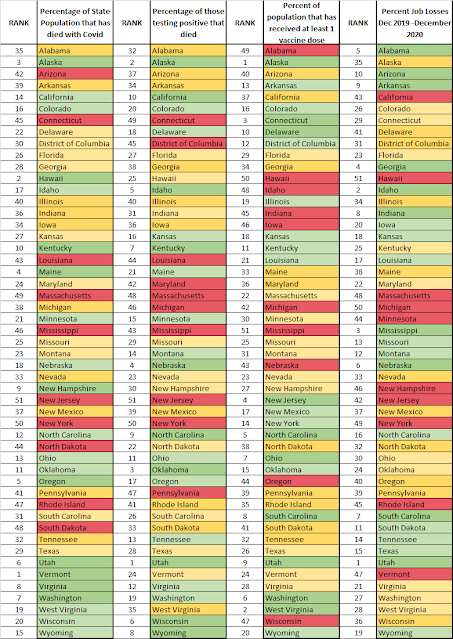 As an example of how the ranking is calculated take bottom ranked Massachusetts at #51:

Massachusetts ranked 49th in the percentage of its population that died with COVID.  That category is weighted 90 points.   50 x 90 = 4500 points for category one.

Massachusetts ranked 48th based on the percentage of those that tested positive and died with COVID.  That category is weighted 10 points.  48 x 10 = 480.

Massachusetts ranked 22nd in the percentage of its population that has received at least one dose of the vaccine.   That category is weighted 25 points. 22 x 25 = 550.

DISTRIBUTION:  Liberty Takes Effort is shifting its distribution from social media to email delivery.  If you already receive an announcement of new posts and a link to the blog.  In the future you will receive an automated email with the new post within the body.