Massachusetts Governor Charlie Baker announced this week an extension to his May 18 “Stay At Home" order.  The Mayors of Somerville, Cambridge and Peabody, MA ordered the wearing of masks in public places (indoor and outdoor) with fines for non-compliance of between $300 - $1000.  Is doubling down on a general population lock down strategy the right path going forward? Or does the overall strategy need review? 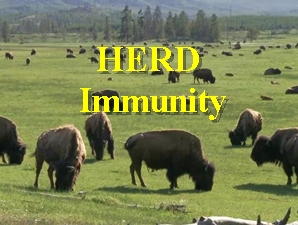 One can reasonably ask:  Is the strategy of generalized social distancing with increasing restriction appropriate going forward? Would it be more effective to target the virus directly where it is most insidious and deadly, focus resources there, and allow a gradual development of herd immunity in the general population?

Last week the Wall Street Journal reported over 10,000 COVID-19 associated deaths at elder care facilities. This number is likely to go up in both number and percentage terms. The WSJ has built its own database by contacting state departments of health directly because reporting from government sources was rare.   California released data this weekend indicating nearly 40% of its deaths come from nursing home and elder care facilities.  The World Health Organization (WHO) reports half of Europe's deaths from COVID-19 were from elder care facilities.

The Massachusetts Department of Public Health COVID-19 Dashboard indicates nearly 60% of the 3153 MA deaths occurred in long-term care facilities.   This percentage might rise as the definition may only indicate those that die on nursing home property not those that were released to home or died in hospitals after transfer from a nursing home.

In Massachusetts, the 70 and older age group made up 86% of confirmed COVID-19 deaths with those 80 and older making up nearly 65%.   There have been no deaths in the 0-19 age group and 33 in total for those in age groups under 50.   Ninety-eight percent (98%) of those who died in MA, and for which a full investigation has been completed, had underlying conditions.

Anti-body testing is indicating the virus is more prevalent than was previously indicated. Massachusetts General Hospital random testing of 200 people in Chelsea, MA revealed more than 30% had antibodies to the SARS-CoV-2 virus that causes COVID-19 disease.  It is recognized that there are some technical concerns about this study’s sampling methodology, but there is a building body of evidence across the country and the world to show SARS-CoV-2 prevalence in the general population may be much more than previously indicated.

Is there an alternative to doubling down on general population social distancing? Might it be more prudent to focus on those in poor health with co-morbidities, particularly the frail elderly, and especially those in concentrated living conditions such as long-term care facilities, public housing, and dense urban high rises?

There is no doubt that people in poor health with co-morbidities, particularly elders, must be super vigilant in their personal protection until herd immunity is achieved through either vaccine or exposure in the general population.   The timeline to that goal could be more than a year away.  They will need support from their families, communities, and governments.

Specific dramatic action is needed in long-term elder care facilities.  If necessary, the National Guard should directly engage at these facilities to ensure testing, isolation, infectious disease control, hygiene, high staff to patient ratios, and other techniques are adequate to control and stop the spread of virus in these facilities and to ensure the virus is not further spread from them to hospitals or transport equipment used in the general community.   Florida created National Guard strike teams that were sent to nursing homes throughout the state in early April.

Restrictions on the general population’s movement through stay at home orders would be reduced to allow herd immunity to develop gradually while avoiding spikes that could overwhelm hospitals.  Personal hygiene techniques would continue to be encouraged.  Specific activities, such as large gatherings in concentration with close contact, that could spur a major outbreak, would continue to be discouraged.  Sampling, testing, surveillance, and contact tracing would be used to identify a particularly rapid growth in a specific location.   Hospitals and public health agencies would focus on building capacity in the event there are outbreak bursts of one kind or another, ensuring their capacity is not overwhelmed.

The initial goal to “Flatten the Curve” was reasonable given the warnings provided with imperfect data.  That strategy was successful.  But mission creep seems to have taken hold and an undeclared strategy to “stop the virus" is taking hold.  This is not achievable nor advised.  The virus is here to stay.   A vaccine is not guaranteed for this virus nor any morph that may occur going forward.  In this uncertainty a deliberate strategy of slow exposure to build herd immunity may be warranted.  Fining people for going outdoors in public without a mask would not be part of such a strategy.

There are examples of alternative strategies. Sweden is one example. The U.S. federal system creates 50 different approaches from which to learn. Some states have targeted the vulnerable populations and used less restrictive social distancing policy in the general population with success. Florida is one example. The states being hit hardest (NY, NJ, CT, MA, LA, MI) are suffering disproportionately, yet they have some of the firmest restrictions.   The reasons for this disproportion are not yet known.  But the states' strategies may in part be at fault and demand an assessment.

I recommend the MA DPH COVID-19 Dashboard to my friends in MA who are interested in the details of impact in my home state:  https://www.mass.gov/doc/covid-19-dashboard-april-28-2020/download
Aside: To question state strategies is seen by some as irresponsible.   I strongly disagree.  There is comfort in conformity in dangerous times.  But that conformity can be the witches brew of poor decision making and even oppression.  It is in time of crisis and fear that courage is needed to question those in authority and vehemently encourage, not suppress, open discussion and countervailing alternative views.   There is no courage without vulnerability.

The chant that citizens of this great republic must blindly accept and conform to the opinions and policies of government, public health officials, scientists, or doctors is, well, as FDR said, “poppycock.”   Daniel Henninger, said it best in today’s Wall Street Journal, “push back hard against the current fashion of sacrilizing the notion of certitude in science and medicine."

This is not to suggest anarchy or the chaos of the ignorant and selfish over the considered opinions of respected scientists. Coordinated action, conformity, compliance and even enforcement, are appropriate in their place and time to achieve great things.   But unquestioning compliance and conformity to power without proof, and continuous and rigorous review of evidence and efficacy, has no place in the republic.

Six states with less than 20% of the U.S. population produced nearly 70% of the COVID-19 associated deaths thus far.   The strategies and decisions of the leaders in those states should be questioned.  Deferring to their authority is absurd when, as in the Commonwealth of Massachusetts, the decision-makers own, operate, and regulate two of the worst hit long term care facilities in the state.  The death of nearly 70 veterans of the 230 living at the Commonwealth’s  Holyoke Veterans Home screams out, demanding the courage to question those in authority.

Posted by Liberty Takes Effort at 7:51 AM
Email ThisBlogThis!Share to TwitterShare to FacebookShare to Pinterest