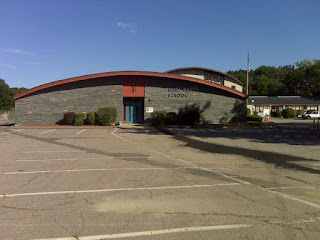 The Town of Randolph, Massachusetts grew substantially after World War II from a small community of shoe manufacturing, farming, and ice harvesting to a commuter suburb.  The population of about 10,000 in 1950 exploded to 28,000 in 1970.  Large post WWII suburban neighborhoods of modest ranches and Cape style homes proliferated.  The rapid expansion of the town brought many children needing education as large families were formed.  Simultaneously, the faith community was growing and diversifying. 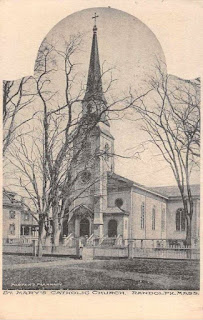 The Protestant faith dominated the town through most of its history with classic New England Baptist and Congregational denominations dominating the town center area.  But In 1845, the growing Roman Catholic Community purchased land to build St. Mary Church on North Main Street, opening in 1851, and to create St. Mary’s Catholic Cemetery on North Street.

One hundred years after the opening of St. Mary’s Church the Catholic faith community was undergoing major growth as the town population expanded rapidly.  The Boston Archdiocese added a second parish in North Randolph, St. Bernadette’s Church, and in the Baby Boom period built a new church for that parish to accommodate the growth in Catholic population.

The child population growth eventually exceeded the ability of the Randolph School System to provide sufficient classroom space.    In the late 1950s, Father Cornelius P. Mason, Pastor of St. Mary’s, took the opportunity to begin a fundraising effort that could both advance traditional Catholic education and provide some relief to the bursting Randolph Schools.  He would build a new 1 through 8 Catholic school.

St. Mary's School officially opened on October 2, 1961 with first and second grade classes.   Fr. Mason was to dedicate the school on November 11, 1961, but died suddenly and the dedication was held a short time later by his replacement, Fr. John S. Kearns.   He oversaw the completion of the school project construction and quickly became a driving force for the school during his tenure as pastor (1961-1968).

The school was a part of St Mary Parish of Randolph, MA.   As such it was administratively and financially supervised by the Pastor and priests of the parish.  Priests visited the school often for officiating and services in the school hall.  Familiar faces were Fr. Kearns (died of cancer 1974).  Fr. James Cosgrove, Fr. Eugene Dunn (left priesthood to marry), and Father James Hickey (recently retired).   The building was maintained by Mr. Joe Gunther, who also maintained the cemetery.

St. Mary’s School was staffed by the Sisters of Charity of Halifax, Nova Scotia and female lay teachers.  The sisters lived in the seventh and eighth grade wing of the school and used the hall kitchen for the first four years of school operation.  A convent opened on Seton Way adjacent to the school in 1966 as a residence for the sisters and the school was able to then fully operate through grade 8.

The pioneering Sisters of Charity that opened St. Mary's School were Sister Agnes Virginia Manning (left died at 92 in 2015), Sister Maria Bernard Murphy, and Sister Joseph Killeen McKee.  The school steadily filled its sixteen classrooms of eight grades to well over 500 students at its peak.  Each grade had two classrooms designated A and B.  Classrooms typically had over 35 students, some having 40.

Former students attempted online in social media to recall the names of teachers at the school with mixed success.  Below are those that could be remembered: 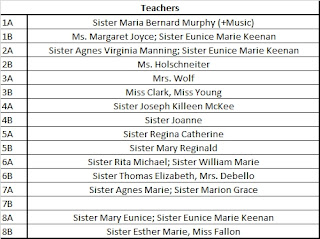 The school was financially supported by tuition.   Many families struggled to pay the tuition for their children.   There were benefactors who contributed to the school to lessen the burden and more than one family was helped by Father Kearns.
Uniforms were worn by all students.  The girls in blue plaid jumper dresses over white shirts with bow ties.  The boys in navy blue pants, light blue shirts, and blue clip-on neck ties.

Most students who attended the school considered the experience a positive impact on their lives to which they look back with fondness.  Like any large shared experience that was not true for all students.

The school relied on discipline to keep order.  Many classrooms designed for 30 students had more than 40.   A single teacher would maintain order and give instruction.  No easy task.   The sisters who taught in the school ran the gamut from sweet to stern.  A bevy of stories of a heavy hand by some teachers cannot be excused, but for most former students is overcome with memories of others who were kind and helpful. 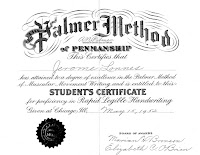 Academics were consistent with any school of the time.   Reading was taught through Phonics.   Boxes of color level materials were stored on the counter above the heater by the windows.   Children’s books such as Dick and Jane were lined in other areas.   The challenge of rote memory in “times tables” was standard fare.  Of course, the Palmer Penmanship Method was the tool for cursive writing instruction.

Students all brought their own lunches in themed metal boxes or brown paper bags like most other elementary schools of that time.   However, after a few years of operation the gym-theater-cafeteria hall adjoining kitchen went into operation every Thursday serving one item – boiled hot dogs.   Volunteer mothers provided the labor.  The hot dogs were Pearl brand and many former students still savor the thought of hot dog Thursday. 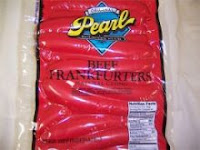 The school abutted the St. Mary’s Cemetery property.  On a warm Spring day as the children grew restless some of the teachers would take the children out into the cemetery to a clear patch of grass and read to them.   Breaks from the day to day patterns like this seem to be stamped in young memories. 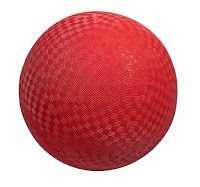 Outdoor recess was a favorite of most all students, particularly when the snow would melt, and the opportunity arose to play kick ball in the parking lot using overly reflexive dodge balls that flew high and far.   A home run might go over a berm surrounding the parking lot into the yards of Regina Road.

Of course, there were always some mischievous boys who might sneak away from the recess area to the back of the school to look for frogs in the nearby Glovers Brook, a tributary of the Cochato River that feeds the Richardi Reservoir in North Randolph.  Such tom foolery never escaped the watchful eye of the sisters.

A big surprise in the late 1966 was the addition of a Candy Closet.  Students could purchase candy bars from a very sweet retired nun who managed the candy.   No doubt it was a fundraising mechanism of some sort.   It cannot be clear how much profit was made as that sweet old nun seemed to give out more candy than she sold.

In the 1973-74 school year public kindergarten classes (AM and PM) occupied available classroom space.  These classes were moved to the Stetson School the following year.
St. Mary's School closed in 1980 due to declining enrollment as the town aged and demographics changed.  It has since been used as the Parish Religious Education Center, and, in recent years, 2/3 of the school has been leased to The Learning Center for Deaf Children in Framingham.

All-in-all a wonderful experience of a time gone by.  Many friendships were made and maintained for life and the education received served the students well.

A number of former students sent along class pictures. Some included keys to identify the students in the photographs.   The pictures follow.  If you have a correction or addition you would like to make please send me an email at libertytakeseffort@gmail.com   Dan Gallagher 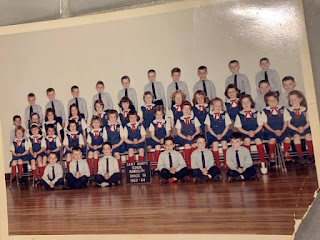 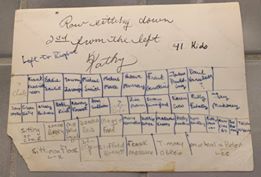 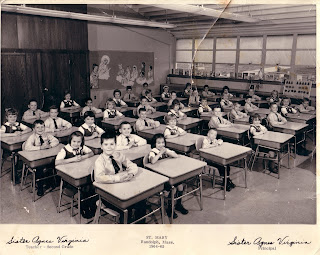 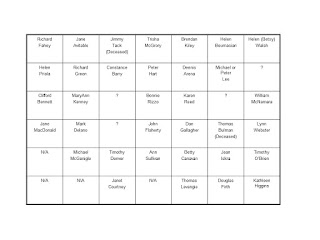 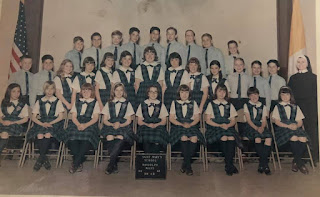 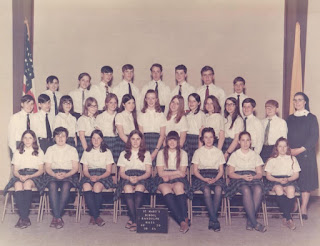 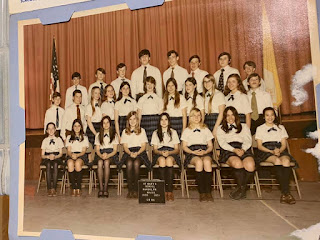 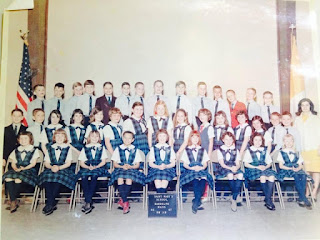 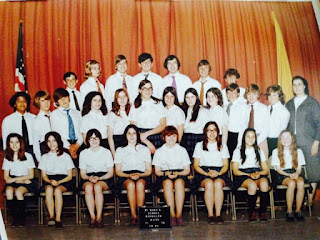