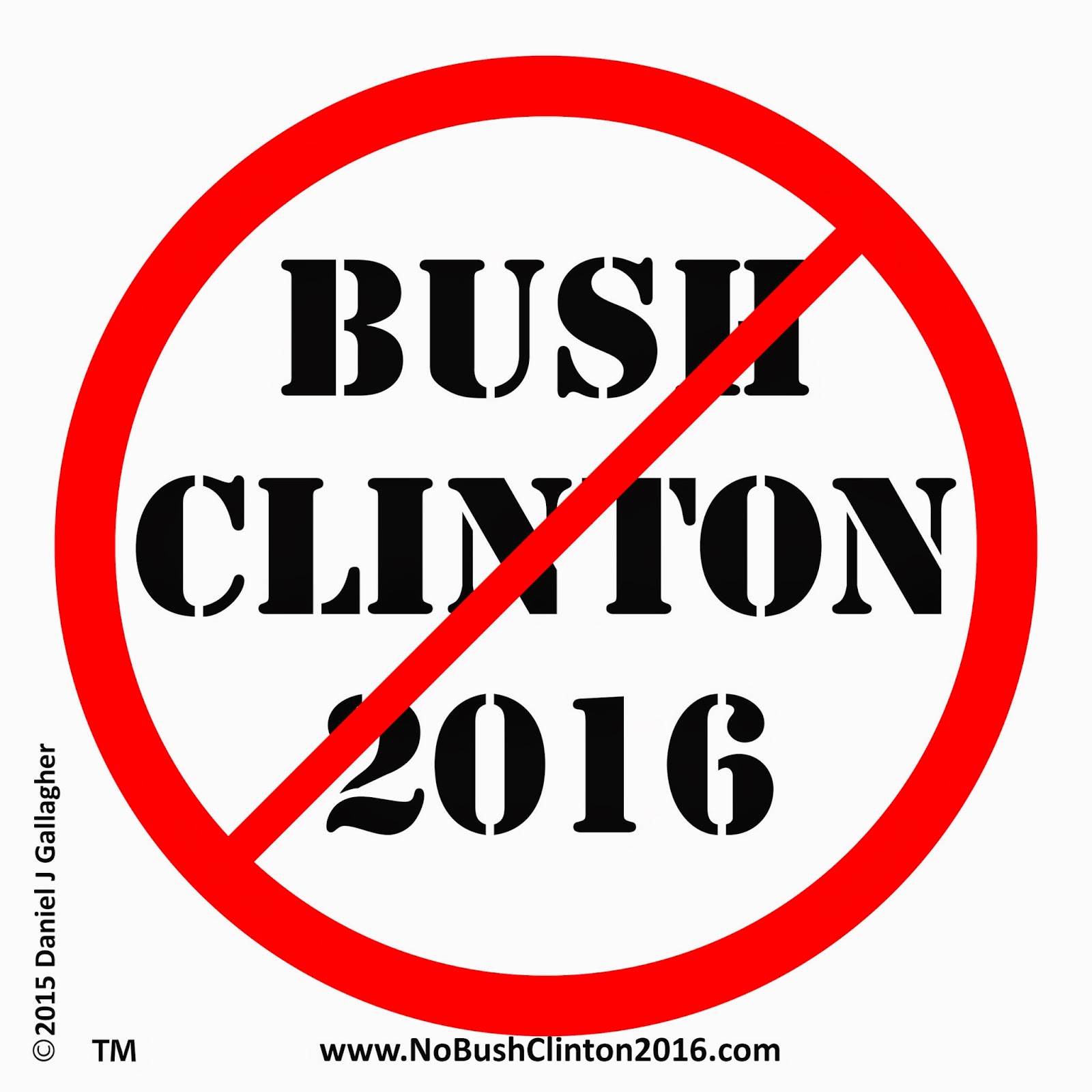 Arthur M. Schlesinger warned forty years ago in “The Imperial Presidency” of an alarming concentration of power in the Executive Branch of the federal government. Despite this warning, power has continued shifting to the presidency at an accelerating pace.  Consolidating presidential power further by limiting choice to two families is a major threat to the republic and the interests of its citizens.

In the eyes of many the democratic principle of power shared among the citizenry through universal suffrage is in jeopardy. Our political system is intended to bestow equality through the voting process, but the reality is that powerful moneyed elites drive the choices put before the voters in major elections.  After elections, those same few advance their priorities through direct and indirect influence that results from financial support of campaigns. The Bushes and Clintons, historically entrenched in this distorted system, are not likely to confront it.

On a cultural level, the political division within the country is personified by the Bushes and Clintons.  They depend on ideological polarity to muster support and gain the levers of power.   To select Bush and Clinton as the party nominees for the 2016 election is to assure continued bitter division in the country for another four to eight years.

It is time to move on to new and fresh ideas and faces. Regardless of one’s political affiliation, it is clear to see that the nation’s interest is best served by moving away from these two families.

If you find value in this idea please promote it by sharing this Liberty Takes Effort blog post through social media sharing, email and word of mouth.

Posted by Liberty Takes Effort at 7:23 AM
Email ThisBlogThis!Share to TwitterShare to FacebookShare to Pinterest